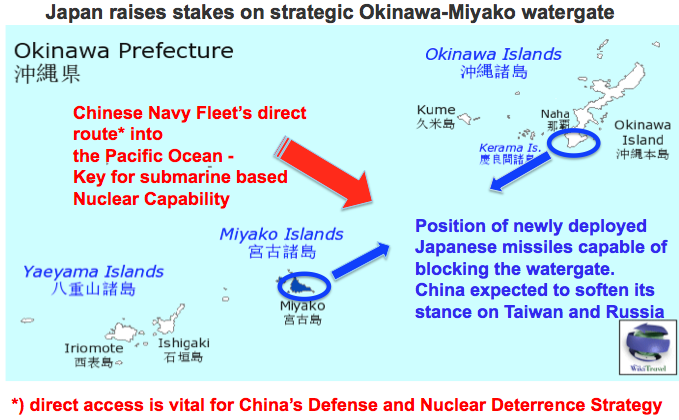 Was the winning-over of Ukraine and Georgia by NATO worth the loss of Russia as a strategic partner (even if a limited one only) and the loss of much progress made in Global Risk Containment in years ?

While investors look at Ukraine, they are missing how the Global Geostrategic Landscape is shifting east & south. The endless expansion drive of NATO & EU further east to encircle Russia, is forcing Russia to (over) react and draw the line. Russia feels threatened and encircled. China is the main global winner out of this West-Russia escalation. After decades of enmity, Russia and China now share more common interests. The expansion strategy of NATO and EU has pushed Russia into the arms of China and both Koreas. Asia is thus the biggest winner of what is going on in Europe.

I will not go into detail of the “Great Convergence Process”, something I analyze in more detail in my Global Macroeconomic  & Geopolitical Reports.

* Risks that were successfully under control or at least effectively contained for years, will NOW deteriorate and overlap over the next 2 years, and erupt into multiple crises and possibly a SUPER CRISIS. Something I’ve been warning was driven by Emerging Nations in recent years, is now being accelerated by Western Nations as well.

The “partnership” between the US and Russia, had helped achieve improvements or at least containment at several fronts:

In all these areas of conflict China & Russia have decisive geopolitical leverage to influence the outcome. The West has lost its influence dramatically in just 3 years there. The backlash in this “partnership” along with a disastrous White House policy in the Middle East will bring higher risks over the next 1-2 years and potentially sudden bouts of inflation on food & energy. The kind that exacerbates social unrest. Policy Makers look at rising geopolitical risks with mixed feelings: Higher geopolitical risks force investors into the safety of Government Bonds, triggering lower yields. Low yields feed into lower inflation expectations & deflation fears.

The unfolding geopolitical crisis will trigger large investments in alternative energies to provide for European Energy Security inducing rising energy costs and lower competitiveness in a transition period, but subsequently contributing to higher inflation and lower profit margins. This kind of inflation is not healthy though. Rushed energy investments and increased military spending will help boost production in the USA, UK and partially France and Germany. The UK with its vast shale deposits is the strategic winner within Europe amid geopolitical deterioration. Germany will see higher energy costs.

A subsidiary geopolitical-macroeconomic goal for the Obama Administration: Growing energy costs in Europe to diversify away from Russian Gas will further increase the global competitiveness of US manufacturers regarding energy costs and energy security. The ECB and FED are NOT unhappy about a West-Russia escalation that increases energy investments and helps raise inflation expectations. Thus this will help to ease deflationary expectations.

Nevertheless, as tensions escalate and China achieves Nuclear First Strike Capability in 2015, these systemic tensions could quickly turn “deflationary”. We could thus see a rapid succession of inflationary and deflationary shocks to an already vulnerable monetary system.

Conscious of China’s strategic nuclear strike capability breakthrough over the next 18 months, Japan’s military is readying the deployment of missiles on the Okinawa Islands in order to block the passage of the Chinese Strategic Nuclear Submarines through the Japanese islands of Miyako and Okinawa. The direct route into the Pacific Ocean for the Chinese Attack Submarines leads right through these two Japanese islands. What few observers know is that China currently depends on Japan tactical action to have direct access to the Ocean in case of a military emergency. This preconditions China’s options for a surprising First Strike or a Retaliation Strike. The other longer routes lead via Russia or Taiwan. Since China does not have a Strategic Nuclear Bomber squadron, as Russia and the USA have, this makes the submarine route to the Pacific even more important for Beijing. If China cannot get these submarines swiftly into deep Ocean, the deterrence would be minimal.

After this Japanese strategic move, we should expect China making concessions to Taiwan to accelerate Sino-Taiwanese peace talks, rapprochement and unification. Beijing will try to normalize relations with Taiwan as soon as possible in order to use the Taiwan route for her Nuclear Attack Submarines, keeping herself then all options for attack and defense. Japan’s move makes the South China Sea more contended and dangerous than it already was.