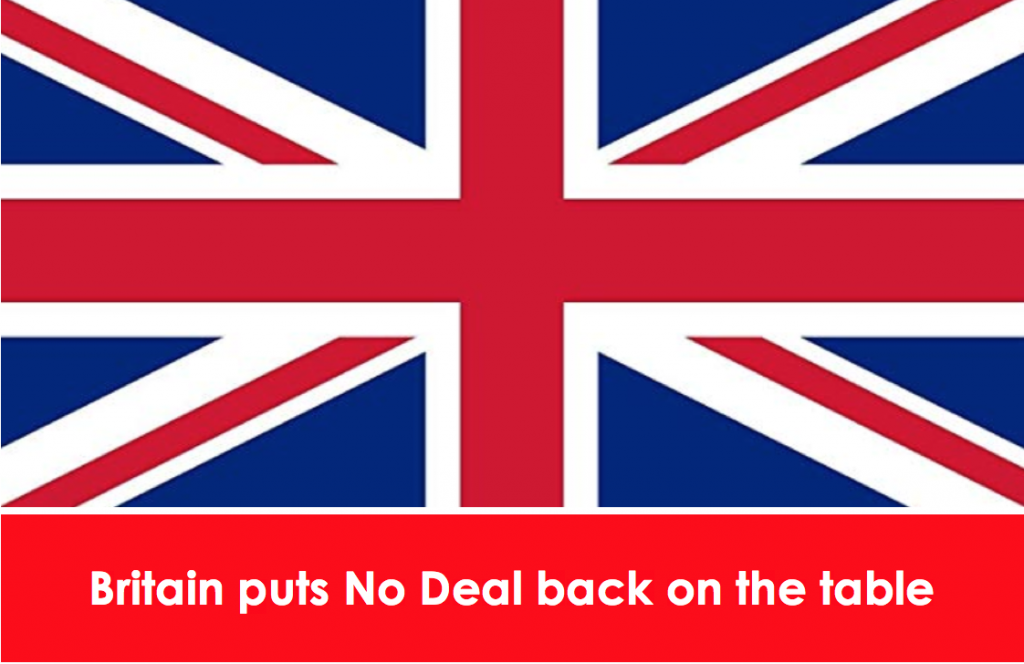 This morning investors and political experts were surprised by UK Prime Minister’s move to rule out an extension of the 31 Dec 2020 deadline for a UK-EU Deal. Moreover, he will add it to the BREXIT bill, making it impossible for UK and EU politicians to keep postponing the exit deadline. While we were not surprised, for 5 days we really looked foolishly off consensus.

This early morning’s announcement by Prime Minister Johnson confirms our assessment that No Deal BREXIT is not off the table, and that a hard Brexit is still more likely than a soft Brexit.

Last Thursday night (12 Dec 2019) we reported our concern that investors got bullish on the Pound for the wrong reasons – I was astonished that the overwhelming consensus of political and investment experts saw No Deal Brexit as “over and done”. They said there will be a Soft Brexit – a UK closely aligned with the EU. Until this Tuesday morning. The Pound immediately lost all the gains since election day.

After the elections analysts were convinced Mr. Johnson would now ditch the Brexiteer group around Mr. Rees Mogg, because he no longer needed them to rule. Such an assessment would have been right purely politically & financially, but it disregards the personal convictions and motivations of Mr. Johnson. As we have stated before, Mr. Johnson sees the European Super State very much like Mr. Winston Churchill did, as an autocratic behemoth and existential threat to the UK. Thus, you may want to strike good relations with it, but you need to be on your guard.

Mr. Johnson is being portrayed today as an unpredictable leader, because of this move and investors are selling the Pound. But long term Pound investors should be glad. It is like with Gold – you want the investors out of it, that are there for the wrong reasons. Too many people have bought the Pound, because they the UK will be closely aligned to the EU (i.e. Hard Brexit is history). I have suggested for the past 3.5 years that the Pound and the UK have a significant upside, because a Hard Brexit and even a No Deal Brexit are likely.

Allow me to reinstate my 2015 assessment: Macroeconomically and geopolitically, a No Deal Brexit would produce the best results for Britain in the long run. Surely, disruptive in the short term, but the harder the Brexit, the higher the upside for Britain. As it is, Britain has set out on a difficult but promising track with liberalisation, free markets, lower taxes, innovation and trade focus on thriving economies of this world. The EU is one of the most regulated and stagnant economies in the world. The EU is likely to react to this Anglo-Saxon course by reinforcing her left leaning-liberal-green-big state stance. This will very likely imply increased fiscal spending backed by monetary expansion, a European Army, a Banking Union and a more Israel-critical stance.

There will be plenty of dynamics on both sides of the English Channel, but I think forward-looking people will use this to strategically re-position themselves, their businesses and investments for the long term. BREXIT will simply accelerate the trend Europe had embarked herself 4 decades ago. The big state is coming faster than expected. A trend that Bern has attached Switzerland to. The bilateral agreements are in many ways a tighter corset than a EU membership.

Now let’s remember, PM Johnson had every MP candidate for the House of Commons sign on his manifesto for Brexit. He thus will expect all Conservative MP’s to pass his Brexit bill, .. but by adding the “no extention clause”, he runs the risk of having some moderate and liberal back benchers in the Tories (of which there are many) to rebel against him before Christmas. A big risk-taker as he is, he is forcing his MPs to show from the onset, where they ..

If you want to read the full report, kindly write to c.takushi@bluewin.ch