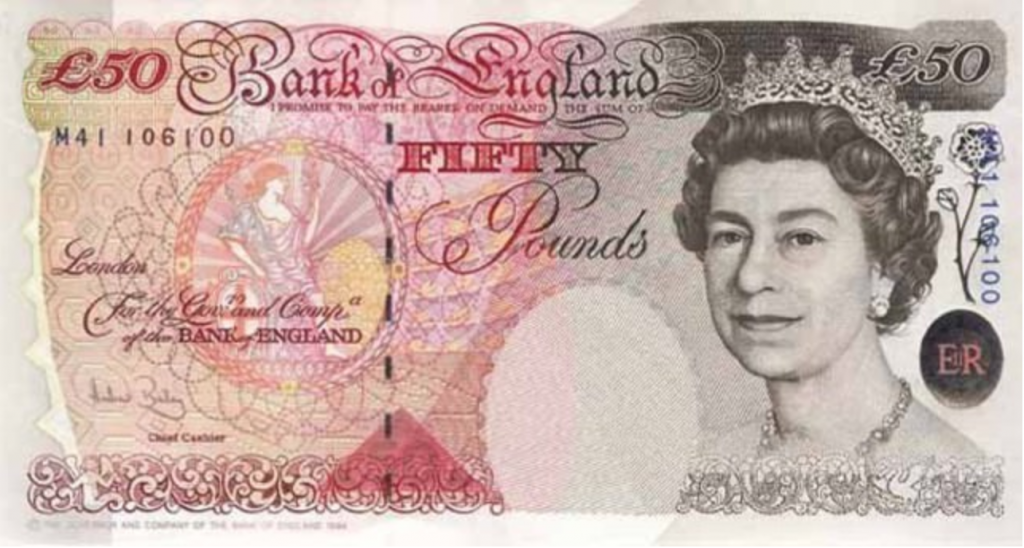 This was a day to remember.

Given the fury of today’s tariff exchanges between Washington and Beijing, many are overlooking the tensions between Berlin and Paris, which have became apparent over the past 36 hours. They reflect the shift of power that Britain’s departure is triggering. They will be patched over, but they are simmering nonetheless. Without Britain’s support, Germany will have to concede and give in to demands by France-Italy-Spain.

Today we saw Beijing announcing retaliatory tariffs on US goods, and President Trump raising the tariffs on Chinese goods due on September 1st. We have warned of this escalation and believe it is part of a long term confrontation. We have said in the past that President Xi’s bold & premature challenge of the USA would not serve the best interests of China. Beijing and Brussels underestimated the resolve and power of the United States of America.

Beijing, Paris and Berlin overlooked that their economic prosperity depends on the Security that the USA provides. They took Security for granted.

On the surface it looks like both nations are being hit, but China is being hit harder than the USA. Today, millions of investors realized for the first time that they had not taken the “Trade Frictions” seriously enough. Stocks sank across the board.

The 10 year Treasury Yield sank to 1.51%, while Gold, Swiss Franc and Yen advanced. This is just a foreshadow of things to come. The only way Switzerland might be able to stem the rise of the Franc is to introduce partial capital restrictions and fully joining the EU.

BREXIT and Brazil expose rifts between Berlin and Paris

To the annoyance of President Macron, Mrs. Merkel engaged in positive talks with Prime Minister Boris Johnson yesterday, signalling that working groups could try to find a solution for the impasse within 30 days. Germany can be understood: it loses the most by Britain exiting the EU and especially in a no-deal Brexit. France is much less affected, and so Monsieur Macron immediately threw “cold water” at any such Blitz effort to get a BREXIT deal. In a rare affront to the German Chancellor he said publicly that any new deal would look practically the same as the one offered to Mrs. May. It is clear to us that France is one of the main beneficiaries of Britain exiting the EU. Germany’s conservative fiscal course was staunchly supported by Britain. Without Britain, the EU will shift to the liberal-left and embrace fiscal expansion. President Macron is already wielding this increased power across the EU.

To make matters worse, the French President used his role as host of the G7 Summit to lash at the Brazilian President, implying he had lied about his climate commitments. France and Ireland will oppose the giant Free Trade Deal between the EU and the ailing Mercosur. Not a surprise, since France needs Ireland’s support to block any concessions on the backstop. Mercosur is a massive political-economic Trade Block with a Socialist-left leaning & protectionist history comprising Brazil, Argentina, Venezuela (recently sidelined), Uruguay etc.  France has less to lose than Germany in Brazil, so it is economically-geopolitically understandable that Paris has no problem sinking this Trade Deal. This was not coordinated with Berlin though. Berlin replied by saying the approach of Mr. Macron was not the appropiate one. It is highly unusual for tensions between Paris and Berlin to be so evident; and when they are the press rarely shows it to the European public.

Based on our independent geopolitical macroeconomic analysis, the Pound may have a maximum of 10% remaining downside, maybe less. After an exit of Britain from the EU and a painful/volatile transition, I see clear upside for Britain and the Pound. This needs to be monitored carefully though and a step-by-step approach would be recommendable.

The Trump team is pretty frustrated that the USD is too strong. At this level, President Trump is more reluctant to respond to any provocation. President Trump wants to keep his promise not to take America into another war again in order to support his reelection campaign. But US foes are taking advantage of this since January 2019 – To the great annoyance of allies like South Korea, Israel, Saudi Arabia, Japan etc. which have to endure the provocations and attacks of their foes without being able to retaliate in kind. The strong USD is further limiting the US President in his possible actions. So far, the US President has not been able to properly exploit his only free field of operations (foreign affairs) for the reelection campaign. His best hope at the moment is the signalling of a more expansionary fiscal policy by Berlin (EU) and London. And I believe a powerful Fiscal Expansion and Deregulation is coming to Britain.

I am expecting a push towards a weaker USD. And we should see a more assertive Washington in the area of Foreign & Military Policy as a result. Thus, we cannot rule out a tougher stance by the USA in the Middle East, Europe or Asia. The Hong Kong demonstrators will be happy, the USA may be more willing to stand up to Beijing. The EU is in a tough spot vis a vis its ally China as it cannot be seen as being tough to Brazil on climate, but lenient on Iran and China on human rights.

The tensions between Korea-Japan could affect the supply chain of certain industries (IT, consumer goods, cars, etc.). Both countries are important suppliers to China.

I have been warning since 2010 that the West – especially Western Europe – has become too dependent on Northeast Asia. This is just one of the underestimated risks of a “Global Supply Chain”, which hardly deserves the name. It is a supply chain highly concentrated on China-Japan-South Korea-Taiwan. The Global Supply Chain is far away from being diversified and robust. It was built up purely on Marginal Cost and Profitability Goals.

This cluster risk makes Europe particularly vulnerable. Asia (the Orient) is in itself a powder keg and the sea routes between Northeast Asia and Europe a “minefield” with multiple of geopolitically charged bottlenecks. No major war (aggression) in the Orient has ever been properly regretted, apologised for or digested.

Yield Curve – beware what you read

The US Treasury Yield fell again today, but I think US 10-30yr Treasuries are overbought in the medium term. As of today, no recession in the USA can be seen. Even though the risks have clearly increased. For ten years the Yield Curve reflected central bank interventions, now it reflects an overlap of central bank intervention, the economy and geopolitical fears.

Judge for yourselves how reliable the Bond Yields are in reflecting reality:

One economy is the fastest growing economy with the lowest inflation in its region, the other one of the worse performing in its region, albeit recovering. Something is flawed in global bond markets. I have warned for years that the Capitalistic Market Economy is fading away: gigantic oligopolistic firms have choked competition, while policy makers in the industrialised world are fixing supply, demand, prices and volatilities. That is not the biggest problem, though. It is how investors continue to use those yields as they did 20 years ago. The role of the state in Western Europe is almost as large as in China.

They come some 20 years too late and the majority of Hong Kong inhabitants are too old to support a revolution. Despite my sympathy for the cause of the protesters – what we see in Hong Kong was expected and shouldn’t surprise anyone. I don’t expect Beijing to want to risk a massacre. The protesters can count on some support from London and Washington though.

Should Mr. Macri catch up in the polls ahead of the final elections (2nd round), I expect Mrs. Kristina Kirchner to signal that she may be willing to default on some portions of the Foreign Debt. This could add support to her Socialist-Populist campaign. Many Argentinians believe that they can default and foreign investors will surely lend them money again.

China is supportive of Kirchner returning to the Government one way or the other. China wants to assume a much larger role in Argentina and it is positioning itself very smartly in Latin America. The USA and Britain are not watching idly though, and have both begun to redouble their efforts to support democracy, market economy and Western interests.

The USA and Britain may have won Brazil, but they are in the process of losing Argentina again. With interest rates hitting 70%, Argentina is headed for default or a rescue that could hurt the credibility of the IMF. The country cannot repay the IMF unless the IMF itself (or somebody else) lends it the money. Argentina is technically as bankrupt as Greece was in 2015. Thus, Argentinian bonds may be yielding 40% or more, but investors need to be aware that Buenos Aires may be headed for a Day of Reckoning. 50 years of living beyond one’s means has only emboldened the calls for more subsidies and state interventionism.

I know that Argentinians dislike the demise of their once great nation, but unfortunately my analysis shows the majority of voters are not ready for market reforms and the initial suffering that comes with them. Investors could ask who at the IMF assessed that Argentina could pay back the recent loans. And more importantly, who approved it.

This could catch up with Mrs. Christine Lagarde. Thus, the EU may want to avoid a default and the unfolding scrutiny. Few Latin America economists, economic historians and political analysts would have approved the last IMF loan. Those loans by the international community are only allowing Buenos Aires to procrastinate on the drastic reforms it needs to embrace.

CEMEX may benefit from fiscal expansions and potential reconstruction efforts

This large global cement company is under heavy pressure as it suffers under the US-Mexico trade tensions, the populist policies of the new Mexican President and the global economic slowdown. But Cementos de Mexico is a company that investors should pay attention to. It is one of the companies best positioned to provide the construction materials needed for any major reconstruction effort. It also could benefit from the more expansionary fiscal policy in many nations – and a push to improve infrastructure as a result: USA, Britain, EU etc.

There are also other infrastructure related names, but all need careful financial analysis since their cashflows and balance sheets have taken a toll in recent years.

Thus, not all these companies may be able to survive long enough to benefit from the expected ..

To read the full article, for concrete investment implications or to subscribe to his newsletter, kindly write to c.takushi@bluewin.ch

Geopolitical Update: Action in Germany and Latin America over the holidays

Russia strikes back and, aided by our double moral standards, is winning support outside the West