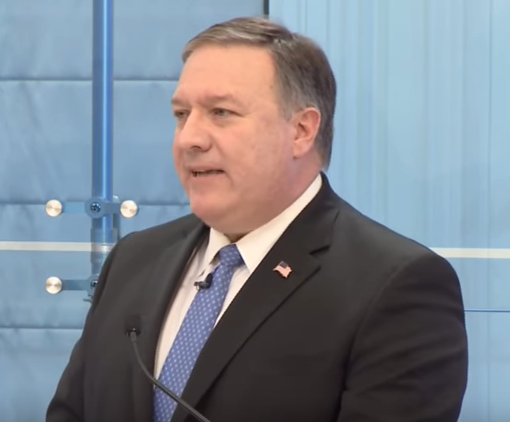 Developments in the Middle East and at the Currency Front (monetary policy) are worthwhile monitoring – especially, because they are likely to interact in the coming months.

Both the United States and Britain are currently pursuing an appeasement strategy with multiple nations, but for different reasons. On the one hand President Trump doesn’t want to risk a war in 2019, on the other hand Britain cannot afford a conflict during the vulnerable political transition it is in. The risk is growing, they may have to pay a high price for it.

The UK asked its military over the weekend to stand down and its Foreign Office to appease Teheran for the 2nd time in two weeks. This is likely to embolden Iran and many other Oriental nations even further.

Developments in the Middle East are underpinning the “hypothesis” that President Trump’s cautious stance ahead of the 2020 Campaign is being taken advantage of .. by a growing number of Oriental nations & groups. From Northern Africa to India and China .. US and British foes are feeling emboldened and stepping up their aggressive behaviour. President Trump is likely to receive a tough lesson in Oriental studies: Any perceived sustained sign of weakness in the Orient sets off aggression! Turkey, Israel and Saudi Arabia are actually often criticised by Western capitals for their immediate harsh retaliations to any attacks. But there are reasons why they are compelled to do that – often to avoid a greater confrontation.

West may have to pay a high price

Still, many disagree with the overly cautious course in the White House and Downing Street: Alarm bells are going off at the US State Department and US Central Command for months. And they have a point: From the Bosphorus .. all the way .. to the Sea of Japan, foes and even Western allies are watching the hesitant response of the West to assertive/aggressive moves by Turkey, Iran, Taliban etc.  So much that even long-time allies have begun to defy the West as well. 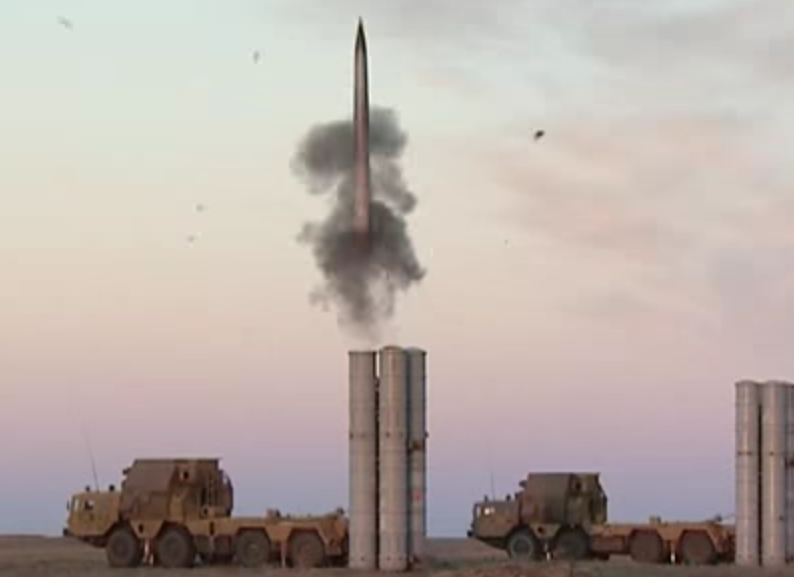 Russian Air Defence: A S-400 missile is being fired. This modern system can engage a large number of enemy aircraft & missiles simultaneously.

Most worryingly, India. It has seen the slow response of NATO to Turkey’s purchase of the formidable Russian S-400 Air Defence System, and decided to purchase it as well. For 5 decades the West managed to keep India away from Russia, and that has changed in just 7 months. The West (especially Europe) may have to pay a high price for the collapse of the security structures. Those structures and alliances are being replaced by maximum ambiguity and distrust. Many in the West naively underestimate what is going on in the Orient. The purchase of the Russian air defence system is a highly strategic decision by Turkey, Iran and India … as it literally brings those nations somewhat under the Russian military & defence umbrella. Also, by compromising US weapons platforms.

While global investors are still buying momentum despite extended valuations and relying on a fading Central Bank collaboration (which is giving way to increased competition between them), many Middle East and Asian investors are bracing themselves for headwinds. Some are buying USD, others Gold, and yet others are raising cash. They see things slightly differently, and I feel they are right to be skeptical.

USD, Treasuries, Gold, Silver, Crypto currencies and Cash could see more demand over the next 15 months

As we have said at different conferences over the past year, a weaker USD is the joint target for the 2nd half 2019 – 1st half 2020 by the current US administration, FED, Treasury and State Department. But that has been complicated by weakness in Emerging Markets, Europe, China, and the trade wars.

Currently the USD is doing exactly what a balanced macroeconomic-geopolitical analysis would suggest: showing strength if there is a risk of war that could have systemic consequences. Market participants keep buying risk assets, because they believe a military conflict is unlikely and the FED-ECB-BOJ will provide extensive liquidity. But the very desire of Washington-London to avoid a conflict is likely to lead to more aggression and – sadly – to the use of massive or disproportionate force to draw a line. It like when the FED is behind the curve. The problem is timing: at this juncture I see Gold/Silver benefitting first, while the USD may have to wait.

The goal of the Trump team has been to actually let the USD weaken ahead of the 2020 election campaign, giving President Trump ample maneuvering space in 2020 to respond to US enemies with military force if needed. But this strategy is being well “deciphered & understood” by US foes. Despite the warnings though, I think President Trump will continue to opt on the side of caution by ordering delayed-measured retaliations rather than risking a premature large conflict & a premature USD rally.

The global geopolitical landscape and the protracted US domestic political malaise mean that the Foreign Policy-National Security-Trade Complex will be the only policy complex where the current administration will be somewhat free to exercise any proactive policy to score points vis à vis US voters. The problem is that most US actions in this security complex can easily trigger systemic concerns that can drive up demand for US treasuries and the value of the USD. Not the inherent USD value, but the mere exchange value in Pounds, EURO, Swiss Francs and Yen. The USD is “the” safe haven of last resort when it comes down to the Security of our Economic & Political System (civilization as we know it). Security is the foundation for all other institutions and processes. Gold, Yen and Swiss Francs are safe havens too, but they don’t have Armed Forces and they don’t have 11 Aircraft Carrier Groups controlling the Trading Routes.

Finally – The use of crypto currencies by Teheran is being hailed by many crypto thought leaders, but it will add to the FED distrust. Gold, but even more so Silver, is likely to benefit from this. The relative problems for the crypto currencies are indeed likely to boost Silver relative to Gold and other safe havens. Having said that, Cash may be one of the most underestimated asset classes over the next few years.

I think the USA is sending the right signal to Facebook concerning crypto currencies. Although it is doubtful that within the current paper money system the FED will ever accept a third party’s money (libra etc.) as legal tender, some crypto platforms may be useful for policy makers. One thing I am observing is that key Central Banks are playing with Crypto Currency strategies, reaching out to different crypto platforms, and most of all collecting data. A stick & carrots strategy. There is much they can learn from the different crypto experiments ahead of the coming Global Currency Realignment. They are learning and gathering data without having to pay for the work. In terms of Monetary Theory, and provided they evolve in transparency, crypto currencies could evolve from being seen as a threat to being seen as a useful subsidiary development.

Global Security Situation is deteriorating since 2015, but financial markets haven’t priced it in

President Trump continues to trust in the small team around Mr. Kushner that has served him so well. But while I think that this team could be able to use the Democrats struggle with their progressive wing to get President Trump re-elected, some elements of their strategy is accelerating the demise of some Security Structures that kept the world safe in recent decades. NATO was flawed and in decline long before President-elect Trump entered the White House, but with more alliances than key players arising, this transition is far worse than the former Cold War.

I am concerned about the fact that markets aren’t at all pricing in the worsening Global Security Landscape. One that started to accelerate in 2015.

I disagree with the appeasement strategy of the current US Administration. It is already being taken advantage of in the Orient, and it is increasingly risking to be misread as well. That will in turn force the US or US allies to have to hit back hard at one point. I believe the Steady Deterrence Approach (retaliate to every aggressive action in the Middle East) suggested by the State Department under Secretary Pompeo, Israel and the Military was the better strategy for the USA even in 2019. To put it in other words, the „Art of the Deal“ doesn’t impress many rulers in this part of the world. They are used to much more shrewd tactics & strategies than that.

To be fair to the US President, he has been advised to deviate from his own “natural tough & unpredictable approach” to embrace a somewhat predictable soft approach during 2019 in order to avoid war and to get re-elected. The sad thing, everybody seems to be doing just his or her job, but barely anyone feels responsible for big picture – the growing complexity at the aggregate meta levels of a troubled world in transition.

The Trump team has created a growing “policy conundrum” for the United States and her closest strategic allies: Britain, Israel, Australia and Japan. Washington wants maximum stability, but it is likely to harvest the opposite. Disagreement with the Trump team’s approach explains why such close US allies as Australia and Japan are coordinating their Security Strategy bilaterally. Those allies ..

To read the full article or to subscribe to his newsletter, kindly write to c.takushi@bluewin.ch