Follow Up: The Great Wind Down: Are Central Banking Maestros up to the Task?

In my piece linked here entitled “The Great Wind Down: Are Central Banking Maestros up to the Task” (which I wrote in the immediate aftermath of the first Federal Reserve interest hike at the end of December 2015 after the deep recession of 2009), I postulated that the Fed would be much more “subdued” than anticipated and that the Fed Funds rate would reach at most 2.50% before the next rate cutting cycle would commence.  (That was a bold forecast back then which has now been historically vindicated after yesterday’s Fed meeting statements announced likely easing not far ahead).  Indeed, we see central bank activism and interference in markets remains omnipresent some ten years after the 2008-2009 financial crisis.  Per my late 2015 article linked above, market dependence on central banking activism resembles a drug addict’s need for additional narcotics, as dependency of any kind is difficult to wean.  While the recent politicization of the Fed (with President Trump regularly critiquing Chairman Jerome Powell’s policies and management) is a new development that was beyond analysts’ capacity to reasonably forecast in 2015, I believe central banking independence is important in our system (even though I believe central banks should generally have a more modest policy footprint, especially during non-emergency times). 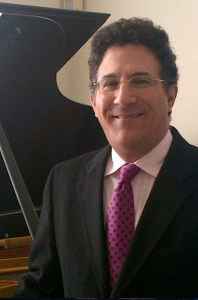 Looking at the Fed (and other central bank policies), they have deprived savers and retirees (generations who led prudent lives and should be rewarded for their contributions to society) – of decent income as the amount of sovereign bonds in major G-7 nations yielding negative interest rates (even fully ten years out the interest rate curve) is again at or near record levels.  Central bank policies have contributed to the divergent and ever widening wealth gap between the 1% and everybody else within the USA – as stockholders have been regularly rewarded by central bank largesse while retirees and citizens with few equity holdings (a distinct majority) draw next to no yield on their fixed income and cash investments.  Central bank activism has rewarded partisan and recalcitrant legislators who have signed few bills into law during these last several years – as the Fed’s ongoing market backstop has removed the need to develop responsible bi-partisan legislation that serves the economy and the body politic.  In sum, central bank activism has distorted markets, stoked asset bubbles and created greater social disharmony, taking central banks far from their historical remit.  For Swiss readers, I’d add that the Swiss National Bank (and its underlying stock) is utilized by some traders as a surrogate for investing in a veritable hedge fund (with the SNB owning concentrated positions in major international technology equities, just like a hedge fund).

I still maintain that central bank activism and adventurism will end very poorly at some point – as central bankers will ultimately be like the sorcerer who summoned “black magic”, which eventually comes back to haunt them and causes enormous collateral damage (like for example the debasement of currencies).  Indeed, I referred to this phenomenon in my December 2015 analytical piece linked above (when I compared unorthodox Fed policy measures to the black magic in Gounod’s opera “Faust“).  Beyond Wall Street openly cheering Fed largesse some ten years after the financial crisis, we now have a President who’s doing the same too – regularly jawboning the Fed Chairman to aggressively lower interest rates.
In my humble opinion, central banks need to step aside – and dare policymakers to actually step up to the plate and do the people’s business.  Namely to craft sound bi-partisan legislation that encourages long term investments in education, infrastructure, incentivizes trade – and thereby creates stronger growth rates, lower budget deficits, better fundamentals for economic advancement, and enduring wealth that’s more widely shared.  That’s how to ultimately create strong, stable currencies and prosperous democratic societies with more comity and harmony.
While central bank activism at the outset of the financial crisis was necessary to avoid a depression, the time has long passed for central banks to pass the baton to elected officials and return to a more modest policy profile and presence.  Central bank activism today (at the behest of traders and politicians, especially when central bank policy tool kits were barely reloaded for the next cyclical downturn) is a sign of failure, not success.  That’s especially as monetary policy is a blunt tool to create wealth beyond appreciation in asset markets, which may be ephemeral.  In sum, I fear these central bank “maestros” may be producing rather discordant music longer term, even if their “melodies” seem deceptively appealing and seductively soothing to market participants today.

Disclaimer: The opinions expressed here are his own. The other contributors at Geopolitical Economics may not necessarily agree with the views of Mr. Schane. All contributors to our website express their own independent opinion based on their research. Thus, their articles are not edited by this website. Furthermore, no comment should be interpreted as an investment recommendation or suggestion.