In recent days global powers are turning to South America, where the United States and Brazil along the “Group of Lima” states are facing off China, Russia, Turkey, Mexico and Cuba over the destiny of Venezuela. China and Russia are throwing all they have to keep the Maduro Regime, which by most Western standards has long descended into a dictatorship, in power. I am writing this, because a good part of our analysis deviates from consensus. The latter is unaware of the magnitude of what is at stake.

While the noise centers on Venezuela, the wind of change is blowing from one direction: Brazil.

Brazil has begun to shift the geopolitics of the continent to the right. The Venezuelan regime is simply the first casualty. There will be more. In a way we could say that the only reason why the world is finally willing to address the appalling situation of millions of civilians in Venezuela, is the 180 degree turn-around in Brazil’s political course. To confront the regime, Washington needed the full support of Brazil. The two biggest nations in the Americas now see eye to eye on many issues and have begun to collaborate. The rise of Brazil is likely to change the Americas for years to come.

Although there will be losers and winners, Latin America’s economy is likely to be shaken up and revitalised. I expect significant flows of FDI and portfolio investments to Latin America. Some currencies will see significant appreciations.

Why is the world suddenly tough on Maduro?

Western media is praising the sudden bold stance of Washington and Berlin against the dictatorship. But in fact, the Venezuelan regime didn’t start to oppress its people since January 2019. Harsh repression, loss of essential human rights, large scale starvation, massive corruption and incarceration of political opponents has been going on for years. Sadly, the implosion of Venezuela unleashed one of the world’s worse refugee crises. 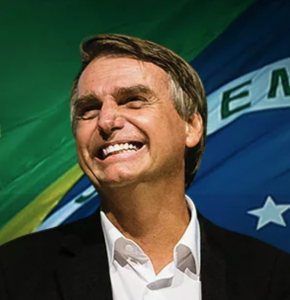 Europe and the world catch up with Brazil

All these years, the international community had little choice but to look the other way. Very few nations dared to challenge the regime in Venezuela. The growing EU-China ties played a role. While the European Union was concerned about upsetting Maduro’s top allies: China and Russia, Washington knew it could do very little as long as the Mercosur Block was standing by Maduro.

Mercosur is the ailing but massive Political & Economic Block that has long dominated South America, comprising Brazil, Argentina and Venezuela among other states. Mercosur has supported a radical revolutionary-liberal Socialism as well as economic protectionism (incl. a deeply ingrained subsidies’ culture). Mercosur leaders made alliances with Russia, China, Iran & Cuba and they defied the Pacific Alliance of Chile, Colombia, Peru & Mexico as a pro-US capitalistic block.

Group of Lima: State leaders from Brazil, Colombia, Peru and Canada declare support for Venezuela’s opposition leader. The beginning of the end for Maduro.

Mexico is officially calling for dialogue, but its new president (from the Socialist liberal left) is seen as a supporter of Maduro. He invited Maduro to his inauguration to break the isolation the Group of Lima had successfully established around him. Events in Mexico and Brazil have unsettled the capitals of the Pacific Alliance: Santiago, Bogota and Lima. Geopolitically-advised Santiago and Bogota quickly embraced Brasilia pragmatically, while Lima has hesitated. The fact that many nations are rallying behind the Group of Lima to bring an end to dictatorship in Caracas is helping them to come together. Still, the repeated absence of Peru’s president when Brazil’s president is around, is fuelling rumours of unbridgeable political differences between the two heads of state. That is a vacuum that the presidents of Colombia and Chile have been eager to fill. People matter – a year ago we estimated that the economy of Peru would be the biggest beneficiary of an economic shake up in Latin America triggered by Brazil. This is now under review. Still, Vice President Mercedes Araoz is seen as able to walk the fine line, limiting the damage.

Buenos Aires faces general elections soon. President Macri wants market reforms for his country, but the voters may embrace again subsidies & Socialism, exposing Argentina to more competitive pressures. The showdown in Argentina may seal the fate of Mercosur, and affect the standing of the IMF.

Predictions begin to be fulfilled – global alliances to shift

We have predicted last year that the massive popular mandate that sent Mr. Jair Bolsonaro into the presidency of Brazil will usher dramatic changes in the political, economic and investment landscape of Latin America for years to come. The likely collapse of the Maduro regime is just the beginning of it.

We have also predicted that Brazil will shock the foundations of Mercosur and South America’s status quo. This could unleash a major flow of investments into the economies fit for change. The others could lose out. The successful Pacific Alliance of Chile, Colombia, Peru and Mexico had long been the fortress of an Open-Market-Economy in Latin America, but with Mexico shifting hard to the left (Socialism) and Brazil embracing an open market economy, the two alliances will undergo transformations.

We have also said in 2018 that Brazil is likely to trigger one of the biggest geopolitical shocks in post-WW2 history. A nation that dominates the South American continent is abandoning its decades-long commitment to radical liberal Socialism and embracing a conservative political & economic course. The consequences will be felt as far as Iran, Russia and China. It is understandably bitter for these two. China and Russia are losing significant influence in Latin America since Brazil embraced a conservative course. Despite the understandable media’s blitzkrieg against Brasilia, the new course in Brazil is not necessarily against international cooperation and free trade, rather against the current liberal globalisation that gives China a pre-eminent position. While Beijing is understandably worried, it didn’t heed the warnings: thousands of Brazilians complained about China, a nation with very different values, buying too much of their country.

While the uproar in liberal capitals is understandable, consensus is overlooking the emergence of Brazil as major geopolitical power and the renaissance of its economy. It has already begun to influence policy in Chile, Argentina, Uruguay, Colombia, Israel and even the USA. At the World Economic Forum in Davos, Brazil’s president avoided sensitive ideological issues, reminding business leaders that his country is embracing an open market economy. Many of those business leaders liked what they heard, to the dismay of NGO representatives.

The EU had long taken a cautious stance on the Venezuelan regime, trying to avoid upsetting China, Turkey and Russia. Now, the EU is catching up with the pace of events, a pace set by Brasilia and Washington. Although slow to move, it is the EU’s demand for new elections that should prove as the last nail in the coffin of the Maduro regime. Berlin and Paris have moved smartly. Avoiding to lead the charge against Maduro, remaining neutral, calling for dialogue and finally setting an ultimatum once the fate of Maduro was clear. This way, the EU has safeguarded its most important strategic relationship: with China. Beijing may not like the outcome, but it surely values the respect and honour it gets from its allies and partners.

USA-Brazil: The rise of a politically conservative pro-business alliance from North to South? 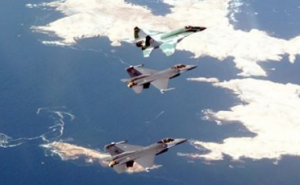 Although it is very early days (Bolsonaro and Trump are not as similar as the media portrays), a new working alliance is gaining shape these days. Such a conservative alliance comprising the USA-Colombia-Brazil-Chile in the Americas is geopolitically and economically highly significant and could change the status quo for investments and businesses. Such an alliance would be economically, logistically and militarily highly significant. To give just one example: Those who are aware of the close ties between Britain and Chile, will understand the military and economic implications at stake.

Peru’s staying away will be only shortly lamented by Brazil, but highly greeted by Britain and Chile. The move could ..

We are offering a special 36% discount for a limited period of time. For full access to our research, you can subscribe on geopoliticaleconomics.org

Please, contact Christian Takushi if you would like to discuss how your nation or company could benefit from the changes ahead. You can write to c.takushi@geopoliticaleconomics.org