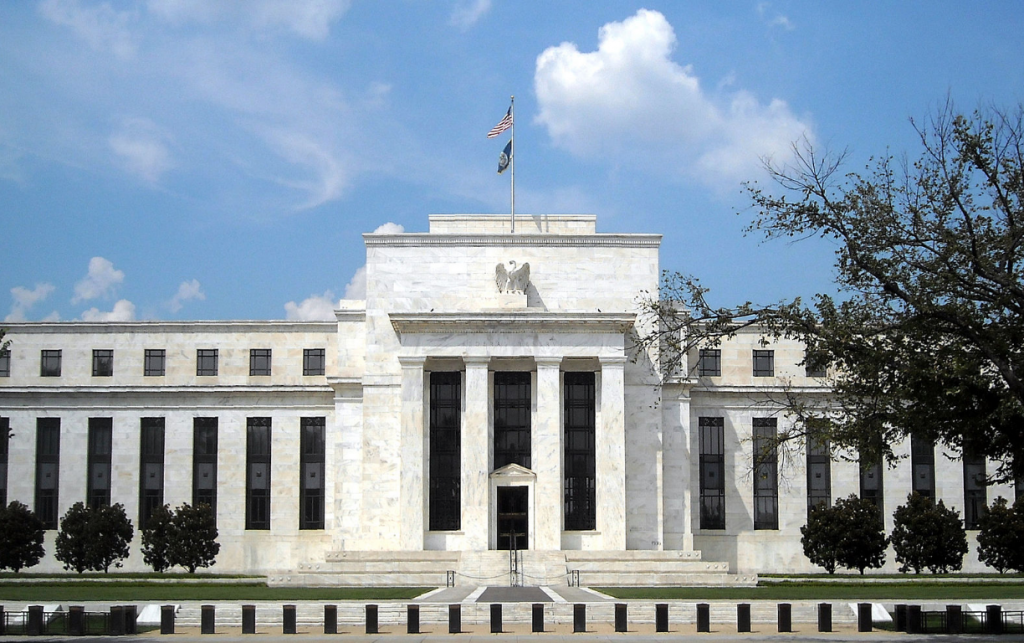 We are closely following developments in the UK, USA, Israel, Brazil and Russia, but we are releasing a report on a topic that could matter more than Brexit. Over the past eleven days I wrote a preliminary research report on the coming Paradigm Shift (we are foretelling) with special focus on central banks and investors. We are also showing in section 7 the most likely impact this will have on different markets – currencies, bonds, equities, oil, food, gold etc. This is an excerpt of that report.

We believe markets should move away from merely expecting risk events and volatility episodes. Contingency plans are needed to cope with lasting disruptions & change. Some governments have begun preparations for them.

For many years central banks effectively shielded global investors & businesses from having to fully price in the global geopolitical deterioration. The ongoing Geopolitical Paradigm Shift (or transition to new equilibrium as we also deem it) never really reached financial markets. But the geopolitical convergence and its impact on central banks is likely to induce a Paradigm Shift for financial markets. The next 5 to10 years are likely to be very different from the past 40 years.

In recent years markets dealt with rather isolated voter revolts, terror attacks, small-scale wars etc. Well, what is on the horizon is more complex, systemic and powerful.

I have written repeatedly on how a convergence in the Military-Security-Food-Energy Complex is intensifying. This implies the growing likelihood of defence realignments, trade routes’ & supply chain disruptions, but also wars and natural disasters among a wider array of large scale occurrences. At a recent gathering of policy makers I explained how these disruptions will affect some of the largest markets, to which most investors are over-exposed. Also how religion in its different facets is shaping the rising powers in the East and South. Chaos and wars await the Northern Hemisphere.

The biggest winners of the coming financial reckoning will likely take consensus off guard. The investment industry’s asset allocation and diversification is optimised for the past 40 years. This is one of the most exciting times for active investors with strategic foresight and visibility.

The unfolding Coming Paradigm Shift and the changed role of Central Banks will yield Markets vulnerable. We are currently seeing that more than half of all the global geopolitical & macroeconomic trends we are monitoring (they are 22) are overlapping. This is not the first time we see this, but it is happening as Trade & Geopolitical “Wars” are unfolding and the FED is having to withdraw excess liquidity against most investors’ resistance.

The Paradigm Shift is happening at a time when for the 1st time in 21 years investors will not have the “extensive shield” of central banks they have enjoyed since the Asia Crisis. The period ahead of us is likely to produce massive transfers and losses of wealth. Many banks and asset managers are not used to deal with geopolitical & political risks any longer. At many institutions senior fund managers have barely 7 to 15 years of experience. These managers don’t know what it is to ride a full (normal) credit cycle and even less what is to “own” geopolitical risk. They were not around before 1998. When I managed money in the 1990’s the seasoned veterans of the global investment industry I admired had at least 20 or 30 years of experience.

Most risk-accustomed and risk-embracing investment veterans have moved on. They were replaced by an army of portfolio implementers, risk controllers, semi-passive & index investments and quant/algorithm models. The last 21 years as a whole were a good time for trend-following buy&hold investing and a challenging time for active investors. The end of an era is at hand.

3) No longer in the same boat – Security overrides .. 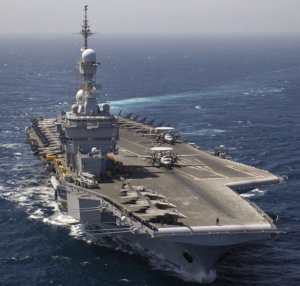 Being an independent economist allows me to get strategists’ and economists’ personal views. And I see something unsettling in the expectations of their clients. They tend to believe that if markets throw a big enough tantrum, central banks will once again come to the rescue.

Sure, central banks could prop up markets. But unlike the past two decades, a growing number of policy makers are now worrying about (1) their own independence, and are (2) bracing for systemic geopolitical challenges ahead rather than being consumed with keeping investors pleased.

Given the over-extended balance sheets, ultra-low interest rates and the complex geopolitical-political backdrop, an immediate return to active market support could expose central banks to serious political threats and possibly take systemic vulnerability to the maximum levels we have seen since WW2 or 1962. Security and the lack thereof is likely to override the interests of institutional investors over the next decade. Most experts & investors take security for granted.

What are those security concerns? Growing geopolitical competition between existing and rising powers, military security along the Maritime Routes (without it there is no Energy & Food Security for many economies), the inexorable deterioration of the Middle East and the likelihood of 2-3 large scale wars in the Middle East-Asia. Add to this, multiple political crises and natural phenomena among other security-related occurrences. Investors beware, growing tensions between competing nations are eroding the close cooperation central banks had for years.

For the first time in decades, the interests of central banks are not extensively aligned with those of large shareholders. Central bankers have more important things to worry about. To give just one example: Policy Makers face growing challenges from the far left, the far right and now even traditional government parties – I expand on this in this report. For the first time in decades central bankers are eyeing the preservation of democracy as a whole. Facing the growing convergence of all the above one central bank after the other is looking outside consensus. Understandably so – academic & market consensus have failed in recent years to foresee major shifts.

While the tough times ahead will be good news for those investing in Geopolitical Foresight, the lack thereof among most investors is likely to seal their fate for years to come. Having said that, clear strategic foresight will not be enough. The next ten years will demand both, clear strategic foresight and good skills in active trading & portfolio management. You’ll need both!

If you know what is coming and you have trading & risk-management skills, you can survive the next 10 years and possibly make a fortune. Even the best ideas need to be smartly “traded”. The next few years will be seen as chaotic by many, but they promise huge gains for a prepared few – with mathematical certainty. Much wealth will be lost as easily as it was created in first place.

The key for the next two decades will be Clear Foresight, Proactive Stance and Peace of Mind.

The current political polarization has made many Western developed economies somewhat ungovernable and vulnerable – It has indeed badly hurt, if not obliterated, the traditional parties at the center that were the anchor of political stability, but also reform inertia: the deterioration in France, Germany and Italy speaks volumes. The timing couldn’t be worse and the consequences for Europe and the global liberal order are far reaching. I see the writing on the wall.

Traditional government parties are no longer unconditional supporters of our current central bank system. Having suffered dramatic losses on the back of fierce political polarization, many disgruntled politicians of traditional parties see central banks as part of the risk to the democratic liberal order.

They believe the rising left and right parties owe their massive growth to central banks’ shareholder friendly policies: rescue of big banks, negative rates and their financial asset inflation boom. Those benefitted oligopolies and large shareholders, but widened the gap between rich and poor, while eroding the middle classes. They conveniently omit the role of illegal mass immigration and their own lack of reforms though.

Rising conservative forces in Brazil, USA, Poland, Hungary, Austria, India, Japan etc. increasingly see central banks as a growing threat to their nation’s sovereignty. The reason is that central banks are being “perceived” as more loyal to a liberal globalist agenda than to their own nation states. How we got here is a long and intricate story of its own that goes beyond the scope of this research note. It suffices to say that both, defeated traditional parties and rising conservative parties, increasingly perceive central banks as part of the problem. Given the pushback by the financial press, political advisers are discussing the options in private now. I expect many policy makers to opt to distance themselves from investors’ interests to safeguard their independence or continuity.

Interestingly, many political advisers on the left, right and center share a dislike for years of ultra-low rates: Zero rates led big firms to borrow money for “free” to take over rivals, lay off millions, increase dividends and buy back shares. None of which created much real economic value. Rather the opposite – top executives and shareholders reaped the benefits, while debt piled up. Oligopolies are replacing capitalistic competition and disrupting market economy’s self-regulating processes. The very thing central banks know struggle to cope with. Still, there are many differences: For liberal leaders global oligopolies are an ally – they help drive globalization and make nation states obsolete.

Over the next few years central banks may be fairly or unfairly blamed for the vulnerable state in which many economies will enter the next disruptions or contractions. The fact that they had to step in in the face of political paralysis and lack of reforms by the law-making and executive branches of governments is often omitted. Not used to communicate with the public, central banks are likely to become the scape goats of ..

To read the full text and the market impact analysis, you can subscribe to our Newsletter on our Website